What are the typical things you look forward to when traveling to a foreign country?

Meeting new people, tasting new foods, visiting places you have only dreamed of until now, discovering the nation’s history and traditions? Your decision as to where to travel to will largely depend on – perhaps even subconsciously – your answer to the above question. For me, it is most definitely the traditions and history of the country, its cuisine, its shopping malls 🙂 the places I get to visit, i.e. museums, the possibility of doing things I love and have an interest in therefor my destination of choice would definitely be Europe. My husband on the other hand, loves to explore different cultures, a bit more of an adventurous personality – he would love to try different types of food – stuff that we don’t get to taste in South Africa. He therefore prefers the Asian countries as their culture and culinary style is so different to ours. He loves food, I love history….. you get the picture?

The saying goes – Your heart is where your home is…My heart is in South Africa which makes this my home. Proudly South African! I therefore, today,  want to invite you into my heart and home as I introduce to you some of South Africa’s traditional tastes.

At this juncture I want to remind you that South Africa is a very diverse country with 11 – yes 11 official languages – each group with its own unique culture and traditions (although you do find the slight overlaps here and there) This blog however focuses on a taste of South Africa from my culture’s perspective, being a White “Boeremeisie”.

Should you ask any White Afrikaans (Dutch) speaking male in South Africa about his food heritage – he would most probably sum it up in four words : Rugby, biltong, braai & beer (with Black Label and Castle) being on the top of their lists. (and don’t forget Klippies and Coke aka Brandy and Coke)!

Should you however look at it more holistically you will realize it goes much deeper than that! We’ve got quite a few delicious traditional South African Cuisines that complement the above very well, and I would like to share with you 7 of MY all time favorites. I would also like to invite you to make sure you try these out during your next visit to South Africa. I promise you won’t be disappointed!!

Next time you visit South Africa make sure you give these dishes a try and why not make use of Travelstart, Africa’s biggest online travel site, through which you can make all your flight arrangements, car hire and hotel reservations – to and from South Africa as well as during your tour of our beautiful country.

Stay divalicious till we chat again.

This site uses Akismet to reduce spam. Learn how your comment data is processed. 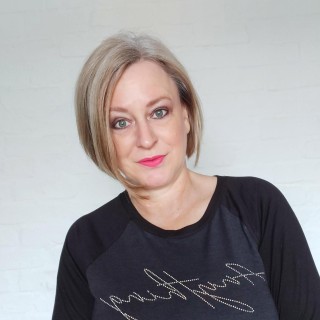 I am a plain Jane who loves the finer things in life i.e. good food, dining out, fashion, travel. I am striving to make my dreams a reality - part of that is helping others to achieve their dreams wrt online success and personal styling. My motto in life is ~ If I can dream it, I can achieve it (through hard work and dedication).